A.M. Abdullahi is a trained Accountant and Financial Manager. Over the past three and half decades, he has worked in a wide variety of professional capacities in both the private and public sectors. He was the Director of Finance and Accounts in Nigeria Security and Civil Defence Corps, Abuja.

A product of Bayero University Kano where he majored in Accounting, graduating in 1983 with Second Class Upper Honors degree. In the summer of 2010, he decided to put his long and illustrious civil service career on hold to allow him go back to school. He earned his MBA in Financial Management at the University of Plymouth’s Business School, United Kingdom.

His first working experience was with the Bauchi Area Office of the Federal Mortgage Bank of Nigeria where he served his one-year youth service program in 1983/1984. He had a brief stint as the Inspector of Taxes II at the Internal Revenue Division of the Ministry of Finance of the old Kaduna state before moving to African Petroleum Plc, Lagos in 1985 where he worked for about a decade as an Internal Auditor and Plant Accountant. He decided to return to public service in 1994 where he served for 3 years as the Chief Finance Officer of the defunct National Board of Community Banks. In the month of July, 1997, he transferred to the mainstream Federal Civil Service and was deployed to the Office of the Chief of General Staff (The Presidency) where he served for 2 years as the Assistant Chief Accountant.

In 1999 he was redeployed to the Office of the National Security Adviser where he remained and rose to the position of Acting Director of Finance owing to his prodigious work ethics and loyalty, working under three illustrious retired Generals. He stayed in that post till 2011 when he was redeployed back to the Office of the Accountant-General of the Federation. From 2012 to 2015, he served as the Director, Finance and Accounts II in the Federal Ministry of Labour and Productivity. In March of 2015, he served briefly as the Director of Internal Audit in the Office of the Secretary to the Government of the Federation before he was again moved to the State House, Presidential Villa to assume the post of Director, Internal Audit.

Alh A.M Abdullahi is a recipient of various certificates in management, accounting, administration and computer appreciation courses. He is married with 5 children (a son and four daughters). He enjoys current affairs, travelling and watching football. 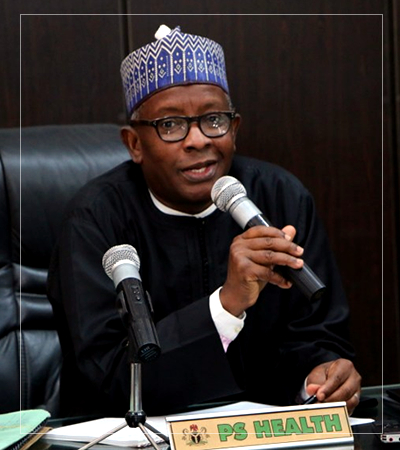