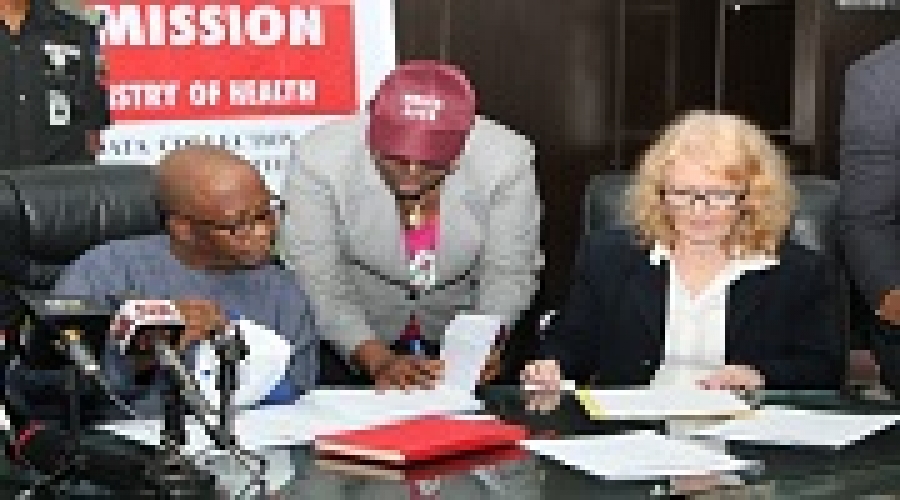 The Federal Government of Nigeria has the 2018 Demographic and Health Survey aimed at collecting high quality data for policy formulation, program planning, Monitoring and Evaluation. It would also foster and reinforce Country Ownerships of Data Collection, Analysis, Presentation and Use.

The Minister of Health, Prof. Isaac Adewole, who was represented by the Permanent Secretary, Mr.  Abdullaziz Abdullahi, made this statement at the press briefing on the Announcing the commencement of fieldwork for the 2018 Nigeria Demographic and Health Survey in Abuja, recently.

Prof. Adewole noted that the sample size for the survey consists of 1, 400 clusters (small geographically defined areas) with each state and FCT having 37 clusters, with the exception of Lagos and Kano States that have 53 clusters respectively.

“Expectedly, a total of 40,567 women and 12, 056 men would be interviewed in the survey. The 2018 NDHS, unlike the previous exercises, has been designed with additional components on malaria and genotype testing,” he added.

He also said that the National Population Commission (NPopc) an agency statutorily mandated to generate demographic data for National Planning is primarily responsible for the planning, analysis and dissemination of the survey results’’.

The Minister pointed out that training programmes were put together to ensure that the staff acquire adequate skills for a proper scientific DHS, adding that the training was for Field functionaries comprising interviewers, biomarkers, Lab Scientists and Nurses

He informed that the exercise, which was 6th in the series, would  commences from  15th to 22ndAugust  2018 in the Six Geo – Political  Zones ,adding that State Levels would  start on 26th August to 15th December,2018 .

He appealed for the support and assistance of the various State Governments, Local Government Councils and Traditional Institutions by providing accommodation for the field workers.

NDHS is a five periodic worldwide survey program designed by USAID with support from international donor organisation to assist countries in conducting household sample surveys to monitor changes in population, health and nutrition.

In her Goodwill Message, the Acting USAID Mission Director in Nigeria, Erin Holleran, said that the survey would provide answers to some unanswered questions and also end the era of guess work in data management.

“Malaria, pneumonia and diarrhea are all preventable and treatable diseases. And with this survey, we would be able to measure our successes and our challenges,” she added