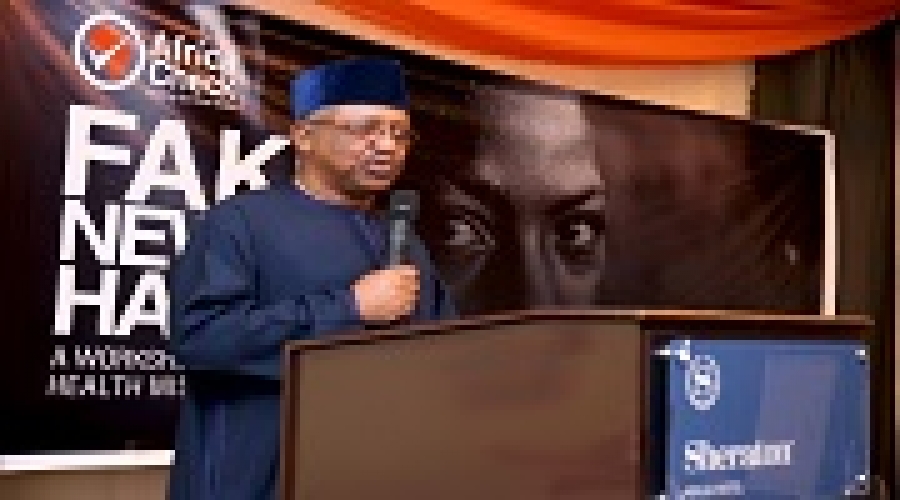 The Minister of State for Health, Dr. Osagie Ehanire has said that fake news and misinformation have adverse consequences on Government health policies and programmes in every society, including Nigeria.

The Minister made this known in Abuja, while speaking at a workshop on tackling health misinformation “Fake News that Harms” organized by Africa Check supported by Bill and Malinda Gates Foundation.

Ehanire said “one major reason Nigeria lagged behind in global Polio Elimination Initiatives was the fake news that polio vaccine was in fact a secret ploy to sterilise children and limit population, which made many parents reject immunization”

The setback, according the Hon. Minister threatened to derail the polio elimination effort, and it took the sustained intervention and campaigns of powerful community influencers, especially Traditional Rulers, to counter the rumour and restore faith in the programme.

“Not long ago, an utterly ridiculous rumour rapidly took wing that Nigerian soldiers, purporting to immunize children against Polio, were in fact out to spread the then raging monkey pox epidemic. It caused such panic that parents rushed to withdraw their children from schools”

The Minister said misinformation had several effects on Public Health. It has been a source of suspicion against and passive resistance to structured orthodox healthcare delivery.

He called on Electronic, Print and Social media not only to disseminate health information, but combat misinformation. He added that it was useful to continue to engage community influencers such as traditional, religious and community leaders and celebrities to reach the general public with credible public health information.

Ehanire said, to reduce misinformation and fake news there was need to improve health workers education on infection prevention and control, public enlightenment to address negative effects of misinformation at Federal States and local government levels.

“We at the Federal Ministry of Health (FMoH) shall continue to give correct health information to the public, because “Knowledge” as they say, “is Power” and the right information guides our people right” he assured.

In her presentation, Dr. Niniola Soleye, MD DRASA Health Trust said that misinformation caused more harm than the disease. She said during Ebola outbreak, the text message that was sent to Nigerians to use hot water and salt to cure Ebola virus caused havoc to Nigerians with diagnosed or undiagnosed hypertension than the Ebola disease.

She urged the participants to brainstorm and come up with solutions that would reduce the spread of fake news and misinformation in the society.