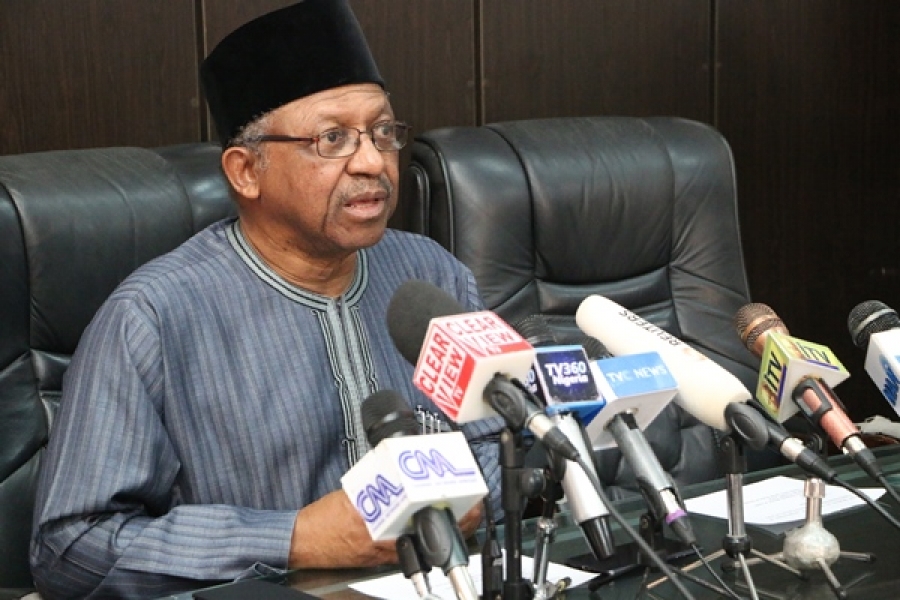 The Federal Government has intensified its preparedness towards preventing Covid-19 from entering the country.

The Honourable Minister of Health Dr Osagie Ehanire made this known at a Ministerial press briefing on the level of Federal Government preparedness over Covid-19, in Abuja. He stated that the World Health Organisation (WHO) have officially changed a name to Corona virus toCovid-19.

Ehanire informed that 4,700 persons have already been cured of the deadly disease in China while none has been confirmed in Nigeria and other Africa countries in general. He maintained that all countries are at alert to ensure that the disease does not enter her country, stating that ‘’our defence frontline is with the Ministry’s Department of Port Health, National Risk Management through land boarders and airports’’.

The Minster disclosed that Nigeria’s level of preparedness is very high, the fact that the report on Covid-19 has high as of over 2m, adding that Chinese Government has constructed an exit screening for people entering the country and also for those leaving the country.

He disclosed that the frontline defence adopted is mainly at the airports, especially, the international airports; like Lagos, Kano, Abuja and Port-Harcourt. He stated that the Federal Ministry of Health is working together with the Federal Airport Authority and the immigration, to ensure that passengers entering the country would be given a form to fill to ascertain the country they are coming from, placing more emphasis on those passengers coming from China would also be telephone numbers are given to them to call in case of any development in their health status.

Dr. Ehanire assured that the 60 Nigerians living in Wuhan, the affected area in china, are being properly taken care of and none has any symptoms of the diseases as at the moment. He also noted that the same care is extended to Nigerian Students in Chinese Universities.

Speaking further, maintained that Irrua is the Centre for Excellence and it has professionals working relentlessly to ensure that the scourge is destabilised. He added that five diagnosing centres have been mapped out to be cited at strategic locations across the country for easy access to patients, maintaining that the National Centre for Diseases Control (NCDC) is in a better position to carry out investigations and confirmation of diseases in the country.

The Director- General, National Centre for Disease Control, Dr.Chikwe Ihekweazu stated that two cases were conducted and they proved negative while two samples are being testing at the moment. He informed that the two persons speculated to be victims of the disease is false alarm and therefore should be discarded. He maintained that the Federal Government through the Ministry of Health and other relevant agencies are working assiduously to ensure that all hands are on deck to curb the scourge.

Dr.Ihekweazu hinted that 30 investigations have been carried out but only two have met with another suspected disease. He disclosed that Nigeria has been selected to lead on the training on the Infection, Prevention and Control of the disease in Abuja, scheduled to take off on February 20, 2020 with other African countries in attendance.

Tweet
COVID-2019: WHO Renames nCoronavirus As Casualties Hits 1000 COVID-19: Health Ministry To Use All Available Resources To Avoid Spread