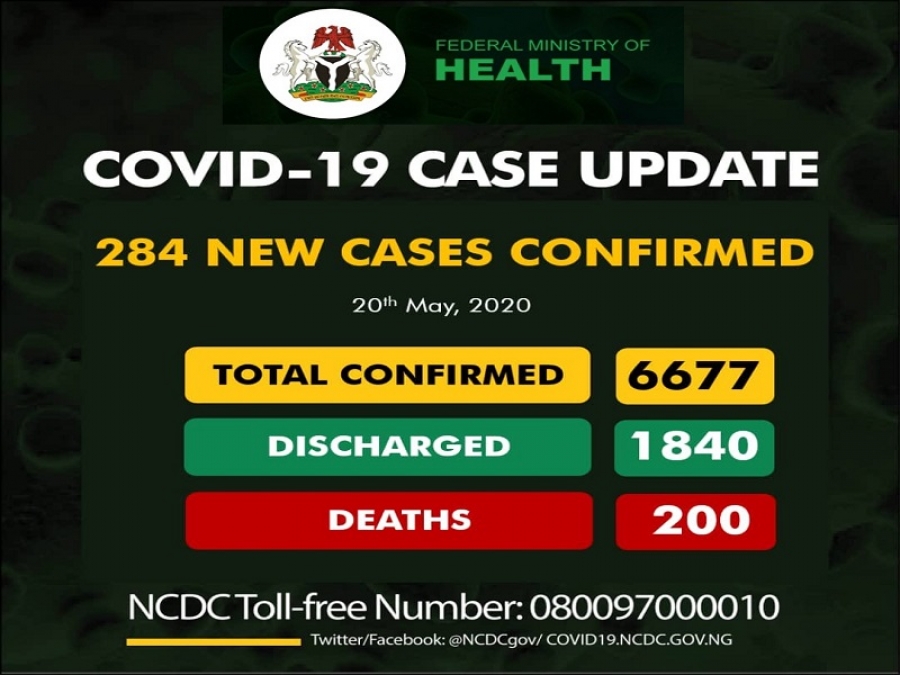 The Honourable Minister of Health, Dr. Osagie Ehanire has called on State Governments to intensify efforts at surveillance and contact tracing as the nation’s testing capacity is currently being underutilized. He made this call at the Presidential Task Force on COVID-19 Press Briefing held on Thursday, 21st May, 2020.

Dr. Ehanire disclosed that there are currently 26 laboratories spread in 17 States, bringing about increase in the Nation’s testing capacity.  The Honourable Minister however said, “While our daily testing capacity is presently at 2,500, unfortunately, we are presently able to test less than 1,500. This is due largely to inadequate surveillance and contact tracing in the States. As more laboratories come on board, I would like to use this opportunity to call on State Governments to increase the number of surveillance teams so that more testing can be done in the laboratories”, he said.

The Honourable Minister of Health also revealed that new key performance indicators (KPIs) to track surveillance strategic directions and programmes have been developed and there is going to be collaborations with States to establish protocols that improve communication and reporting.

The Honourable Minister informed that the nation has recorded a total of 6,677 confirmed cases in 34 states and the F.C.T out of which I, 840 have been successfully treated and discharged. Unfortunately we have recorded 200 deaths in 25 States and the F.C.T as 21st May, 2020.   He however added that caution is being applied to the numbers to ensure that the figures announced are accurate. “Sometimes, there are errors, but we correct them as soon as they are noticed”, he added.

Dr. Ehanire also said that finding from the analysis of the deaths shows that nearly half of them died at home. “Of those who died at home, about 50% did not show any symptom. “This underscores my earlier emphasis on the need for those who test positive to report for treatment.  I would also advise those who have taken the test and are awaiting result to heed the advisory to self-isolate from friends, wear face masks and observe hand and respiratory hygiene until your result is released. By so doing, you will be protecting your family, your friends and your community.”

Dr. Ehanire further told the Media that the fact finding team that was sent to Cross River State have returned and have been able to identify areas of need in the State. He said that the Federal Government shall explore the possibility of upgrading laboratories in the State to ensure ease of testing when suspected cases are identified. Similarly, he stated that the development in Lagos where doctors are restricting their services to between the hours of 8am and 6pm because of the enforcement of the dusk to dawn curfew by security operatives has been resolved.” “I have been in touch with the NMA chairman in Lagos State and the State Commissioner of Health.  I wish to thank our doctors and other health workers for their understanding. Our health workers are our foot soldiers and we would ensure that they are able to discharge their duties unhindered.”  He also hinted that, with the scale up training of health workers on infection prevention and control, infection among our health workers has reduced significantly.

The Minister urged Nigerians to adhere to the advisories and guideline by the PTF such as proper usage of the masks, social distancing, hand washing, adding that the  stay-at-home advisory needs to be more strictly adhered to; and citizens need not undercut the ban on inter-State travel.