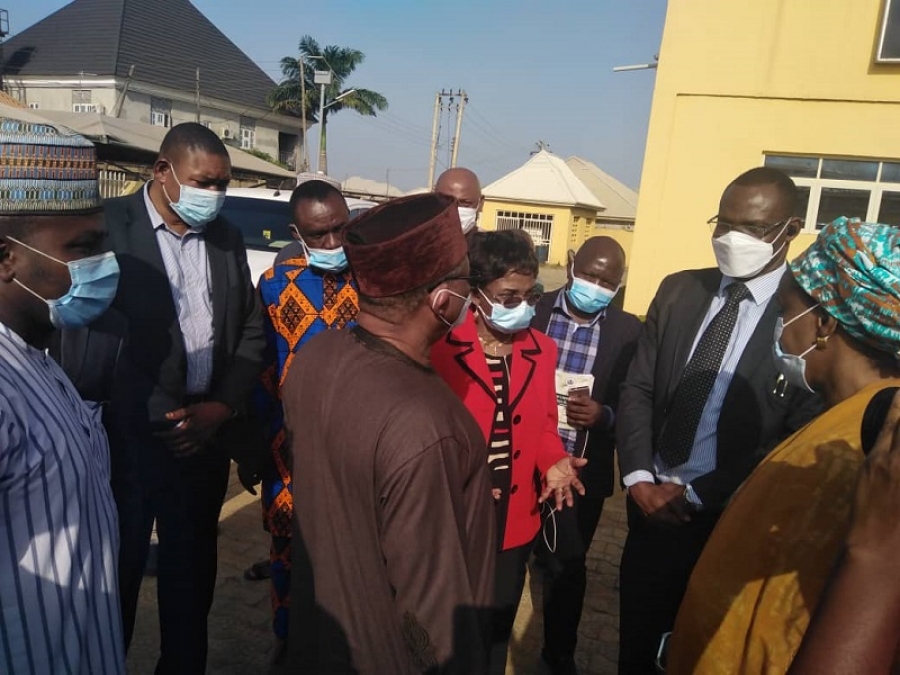 The Honourable Minister of Health, Dr. Osagie Ehanire has lamented the damage and looting of the Zonal/State Offices of the National Agency for Food and Drugs Administration and Control (NAFDAC) describing it as “devastating and worse than can be imagined.”

He said that “nothing was left behind, furniture, fixtures, and fittings” adding that it will take several years to get the place back to normal and “it will cost us a lot of money.”

Dr. Ehanire accompanied by the Director General of NAFDAC, Professor Moji Adeyeye along with some officials of the National Centre for Disease Control (NCDC) and of Federal Ministry of Health were in Kaduna to inspect the looted and vandalized NAFDAC facility for damage assessment and trying to find ways for remediation of lots of the losses in terms of files, receipts.”

In the words of the Honourable Minister, “We want to find ways to recalibrate and re-establish the place.”

The Kaduna NAFDAC Training Centre as well as the Zonal/State Offices came under vandalism and looting by some hoodlums in the guise of #ENDSARS protests which rocked several parts of the nation very recently.  The looters were in search of stored COVID-19 palliatives with several Government stores as targets.

Continuing, the Honourable Minister said that one of the issues of concern to him was that some of the looted drugs are “expired”, “some are fake”, “while some are supposed to have been destroyed”, “there are some that are supposed to be prohibited, and the entry of these into circulation is a source of concern” and that those who carted them away “might be ignorant of the effects it could have on their own health and the general health of Nigerians.”

Dr. Ehanire has however  disclosed that the option left for the authorities may be to engage the Police to look out for such items with the  aim of retrieving them “when they surface in the market, pharmacies, including the furniture that were looted to see what can be done to apprehend the perpetrators.”

He said even when the drugs are expired, “there is a need for them to be properly and professionally disposed-off because they are not drugs you throw into the dustbins or refuse dumps”; adding that “they are capable of polluting the ground water; they can cause a lot of health hazards.” He therefore called on the looters to “return the loots at inconspicuous hour for professional destruction.”

The Minister affirmed that the Kaduna NAFDAC facility “was vandalized by people who don’t know any better, who should not have taken what they have taken.  Things, which are quite dangerous and poisonous to them and they have caused a lot more damage than what you can call a protest by carrying away windows, chairs, and loot air conditioners and damage what you can’t take.”