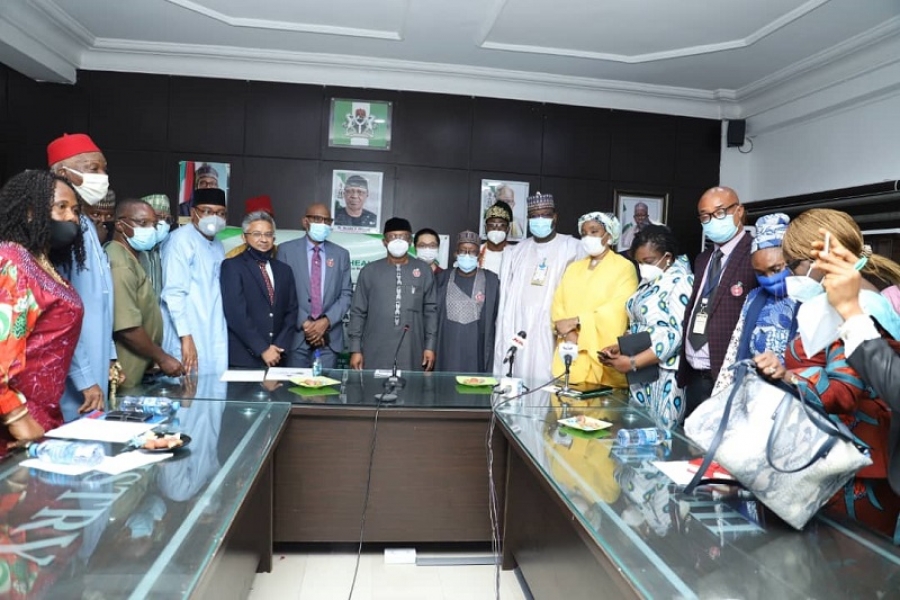 The Honourable Minister of Health, Dr. Osagie Ehanire has inaugurated a 20-Member strong Committee chaired by the Permanent Secretary of Federal Ministry of Health, Mr. Abdulaziz Mashi Abdullahi to fine-tune modalities for the establishment of the National Institute of Traditional Complimentary and Alternative Medicine (TCAM) in Nigeria to be supervised by the University of Benin.

The inauguration took place at the 6th Floor Conference Room of the Federal Ministry of Health with all the 20-Member Committee physically in attendance and solidarity presence of the High Commissioner of India in Nigeria and his Deputy; the Chairman and House of Representatives’ Committee on Health. 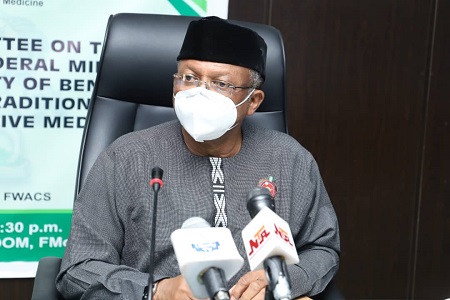 Dr. Osagie Ehanire revealed at the inauguration event that the onset of COVID-19 drew national attention more than it ever did for Nigerians and the health authorities to think of developing home-grown solution to health challenges.  “Certainly, there was no solution to CIVID-19; everyone was groping in the dark...”  “A lot of other alternatives were offered to us from international and local inventors which we shipped to our Research Institutions with may still be under analysis.”

Dr. Ehanire expressed happiness that Traditional Medicine has found a partner in UniBen buttressing his submission with a traditional saying that “What you know is a drop; what we do not know is an ocean.”  He said it is in this regard that he welcomes the involvement of academics, those who know how to ask questions, research, look for the meanings inside things and properly document their findings.  The Minister therefore charged them to continue to beam searchlight into the potentials in Traditional Medicine.

The Honourable Minister of State for Health, Dr. Olorunnimbe Mamora who welcomed guests and stakeholders to the inauguration said that the Committee will have to find the way forward “following the closure of the then Federal College of Alternative Medicine (FEDCAM) which failed the National Universities Commission (NUC)’s accreditation “for non-compliance with approved standards.”

Dr. Mamora also disclosed that the Federal Government’s White Paper on the Presidential Committee on Restructuring and Rationalization of FG’s Parastatals, Commissions and Agencies had also earlier recommended that FEDCAM be transferred to a University as a Department, hence the inauguration of Friday, 11th December, 2020, he said represents an important step in the implementation of the Government’s White Paper and also an important step in the annals of the Federal Ministry of Health as it strives to develop TCAM and health care to complement the orthodox system.

The Chairman of the inaugurated TCAM Institute in UniBen, Mr. Mashi Abdulaziz Abdulahi on behalf of the Committee members accepted to serve and not disappoint.